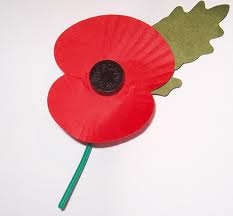 You may not know but I was a member of the Royal Air Force for almost 7 years. I joined up when I was 18yrs old and worked in the world of Air Traffic Control. It was during this time that I met my ‘now’ husband who also served 7 yrs too.

I would not have changed my time in the RAF. I had fun living away from home, meeting new people, working in the world of Air Traffic, and of course meeting my husband!

But I also value what I got personally from being in the ‘forces’. Discipline, a sense of pride in myself and my appearance in uniform, a feeling of belonging, meeting lifelong friends from all walks of life. But most of all I took away a respectful view of authority. Something that I feel is totally missing from today’s society. Whether you liked it or not you had ‘signed on the dotted line’ and therefore your ass was theirs ( so to speak!!). I learned very quickly that I had to do what I was told when I was told. In training it was to ‘break’ you in order to build you up to respect those in authority. Outside of training that would carry on but not to the same extent, only enough  to keep the day to day running of the station smooth and purposeful.

Today though, I believe that not only is there a total lack of respect from the up and coming generation ( not all of them obviously) towards society itself but even to those who fought for our country through 2 world wars, Northern Ireland, the Falklands conflict, the Gulf and now what is going on in Afghanistan etc.

It is becoming a regular occurrence on the news hearing another soldiers name, someone who was a husband, or a son, or a dad leaving children and family behind doing something that they believed in, hoping they were going to make a difference.

Each year now at the Remembrance parades our heroes numbers from the 1st and 2nd World Wars are dwindling as the years pass. But it is necessary to keep remembering those who gave their lives either many years ago or more recently. We must never forget that they have paid the ultimate price for their country

Maybe if a few of those in society who consistently offend and who generally sponge off society believing that they are owed a living rather than earning one, got off their arses and joined the forces, they could not only make something of themselves but earn the respect that they seem to demand for nothing at the moment!!

But don’t just remember the fallen just on the 11th November or Remembrance Sunday, remember them always. They gave their most precious thing for us to live in a ‘free’ society……………………………………….their lives!!

One thought on “Remembering those who have fallen!”